Something different for a little while...not promotion from me! Haha - I'm going to run a few interviews and reviews and rambles for a week or so (while my MONTH OF FREEBIES is going on ;) ).

First up, today, Thursday 6th December, I have a wee short interview with my horror writing buddy, Mr. Rich Schiver... 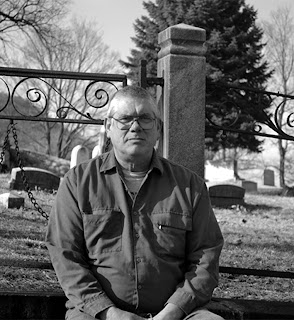 How did you become so intrigued with the 'dark and twisted' in writing?

To be honest I’m not sure myself. I’ve been a voracious reader my whole life and I’ve read extensively in all genres, though horror is my favorite. My interest in horror was sparked by Weird Tales Comics. One story in particular about a man falling in love with a ghoul and all of the problems inherent in a relationship of that nature.

You list some of your favorite authors on your blog, tell us again who they are and why they have had such an affect on your own writing?

Lovecraft and Poe for the dark nature of their work, and the lyrical quality of their prose. Stephen King because no matter what anyone says about him, he knows how to tell a damned good story, and that’s what I strive to do. Jack Ketchum and Bentley Little because not all horror has to have a supernatural origin. Brian Lumley  because he’s the only writer, other than Stoker, who in my opinion knows how to tell a Vampire story.

If you had to choose just one book that you've ever read that actually made you cringe in fear what would it be and why?

The Exorcist by William Peter Blatty. I read it when it first came out, while I was still in junior high, and the thought of some malignant force taking control of my body in that way just totally freaked me out.

Tell us about your works, what you write about and where we can find them?

I like to write about average people dealing with extraordinary situations.

I’ve recently returned to writing after an eight year break, and those stories that had been published in the past were in small zines that are no longer being printed.  About two years ago I lost twenty years of work when my hard drive crashed. There were four complete novels at the first draft stage, about seven completed screenplays, and twenty or so short stories in various stages of completion. Some of my work had been printed in the past and I have a file drawer filled with items I’m slowly working my way back through.

The full body of my available work is currently on Amazon. Right now I have one novel and two previously published short stories there. Two short stories, Music of the Gods and Bobo are also free on Smashwords.
Shadows of the Past: 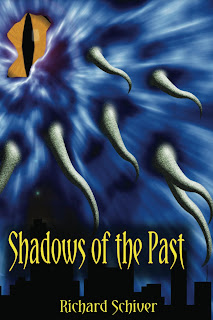 Tell us about your childhood, where you grew up and who you were as a child.

I grew up in a suburb of DC known as Bradbury Heights. I was a bit of an introvert as a child, and being small at the time I was an easy target for bullies. That and an illness that kept me bedridden for an entire summer were what initially sparked my interest in reading.

When did you first realize that writing was something you wanted to do and what was the main catalyst that got the ball rolling?

In high school. Of course I also got my first taste of rejection. In a current events class we were given an assignment to write a short story about anything we wanted. I opted for a third person omnipotent view of a child’s approach to a purported haunted house. The teacher ridiculed my work in front of the whole class. That same year I approached my English teacher about my desire to write and she openly laughed at me. It wasn’t until five years after I graduated that I started teaching myself to write. I’ve been through a divorce, numerous jobs, and I’ve started my working career over more times than I care to remember. But one thing throughout has always remained constant and that’s my writing.

Tell us a bit about your family now and if you allow any of them to critique your work.

When I first started writing my wife would read my work but as the nature of my work became darker she grew less interested in reading what I’d written.

What can we expect from you in the near future?

I’m currently editing and fleshing out the sub plots for my next novel, Reprisal: Vengeance knows no boundaries. Enter Night, a novella, will be available in a couple of weeks. I’ve also got a few short stories making the rounds and several more in various stages of completion. 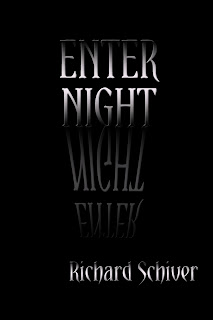 Since you enjoy the macabre so well, are there any television shows that have a touch of the macabre about them that you simply can't miss?

I rarely watch television and when I do it’s generally the History Channel or something about World War Two. I’m something of a WWII buff.

Do you have any advice you'd like to share with other authors, or in general that you think would be beneficial to our readers?

Don’t get in a hurry. Remember, this is a marathon, not a sprint. Take a creative writing course. My biggest regret with my writing is that I spent so much time learning the basics through trial and error as opposed to taking a one semester course. Read, read, and read some more. Inside and out of your chosen genre.

All that remains is for me, Craig (your host) to thank Rich for being on my blog. So, thank you.