So, I wake up. Good start. Not dead, not quite alive, maybe. Some kind of netherworld of 5am. I think bacon's the trick for this, the cure. Hmm, cured bacon. Smokey, tasty, crispy. With an egg. Maybe two. I'll go to the shop and get some bacon, I think, no, I decide. I'm decisive. Manly. Gonna eat bacon. Me, man.

It'll taste like Babe, Pig in the City, in my belly.

But it's bacon we're talking about here, not the kids.

Bacon's on special. Best day ever!

I get home and stick the bacon under the grill. Mooch a while. Maybe I make a cup of tea, or smoke a cigarette while I wait.

It's the bacon. The bacon doesn't just smell bad. Smells like Babe decomposed a lot before making it to my grill. I check the date on the bacon. It's in date. It's dead, yes, but not decomposed at least.

Something's rotten in Denmark. Shitty Danish bacon, right? Pigs in cages, treated like their carrots or potatoes, unfeeling beasts farmed for meat and nothing else. I don't fucking care, but think, should've bought British. Bought meat with a decent standard of living...before someone killed it so I could eat it.

Nope. It is British. Says so on the pack.

Cunt, I think, and throw the bacon in the bin. 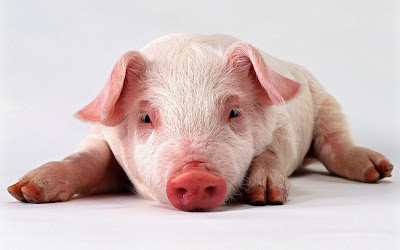 After a while, I wonder if I mean the pig, or me.

Email ThisBlogThis!Share to TwitterShare to FacebookShare to Pinterest
Labels: Bacon

Nah, not really. Just said I'd post a kind of addendum to the previous free short (below this post).

If you're a nutter, here's some stuff for you to go hunt down. I'd be very, very surprised if you manage to find anything from the really early stuff, the obscure and the downright daft. American Drivel Review (now bust), for example, featured illustrations to go with my co-authored story 'The Amphibimen'. The pictures were of penises. That's a collector's item for sure. :D

Here's what and where (there are more, but I've either forgotten or lost them): 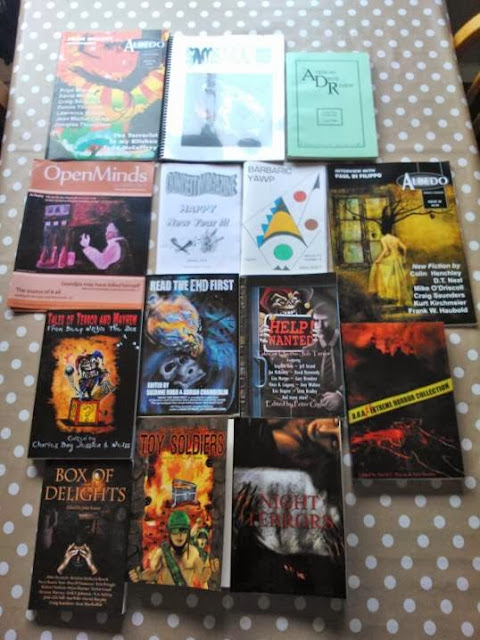 Exhibit A: Some of my contributor's copies for publications featuring my short fiction - I don't have copies of everything.

Many of the stories can be found in my short collections 'Dead in the Trunk' and 'The Black and White Box' - they're on Amazon, should you fancy it - also further reading in the samples on the blog here, off over there, on the right of the blog. Mudman and The Dude in the Hat, if I remember rightly...

The Giant Inside by Craig Saunders (With Afterword) FREE!

The Giant Inside
by
Craig Saunders

I don't know if anyone will make it to the end of the story, or bother to read this, but this, like the story above, is a kind of therapy. Same as the blog. Same as most (not all) of my writing.

I think the story is about depression and the anger that can come with it. It might, however, be about inner peace. I kind of wanted to leave it with the reader. I think I still do. So I'm going to say no more about the story, but talk a little while about short stories.

I've had a fair few short stories published by now. I began writing shorts, and still do. I like the form. The thing is, for a writer starting out on the 'traditional' publishing route, it's a great way to get out there, get a publishing history, and hopefully, if you wish, open some doors. I don't think I'd have a novel published now (let alone double figures) if I hadn't paid my dues by writing shorts.

I don't get my shorts published in the pro markets - it's a terribly hard market to crack, and I haven't managed so far. But I do generally get some form of payment, whether it's shared royalties, or a contributor's copy with a couple of quid on the side. The thing is, the shorts aren't money makers - the novels do that. To start, they were a way to break into publishing. Now, I write them for fun. I've probably written over 50 shorts, not as many as 100. So, I figure I can spare this one.

Shortly, I'll do a second post on short stories, and where you can find mine. In the meantime, I hope you enjoyed the story. 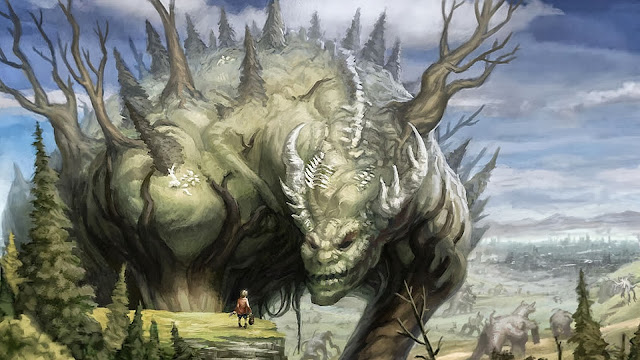 Rythe Awakes. The Tides of Rythe. Book Three, you say?

Anyway. Once upon a time, or thereabouts, I began a big old fantasy epic. I never sold it, which is nuts, because, on the whole, the series set on the world of Rythe has earned me more than most of my horror novels, bar a few (Vigil's my best seller...).

I forget, sometimes, that I write fantasy, too. I like writing fantasy, even though it's a little overwhelming.

Tonight, I had a review on Tides of Rythe. Got me thinking about finishing what I started.

This blog post is, I guess, a statement of intent. To do just that - finish what I started. Rythe, book three. It's about time. It is, in fact, overdue. Been busy with the horror side of things. Now? Now it's time to delve into the world of Rythe once more.

But yeah - got a couple of horrors I'm under contract to get done. Then, I PROMISE with a capital 'P', to finish this bloody mega-bugger-of-a-story.

Thanks, everyone who read my fantasy, for being patient.

I really love you. 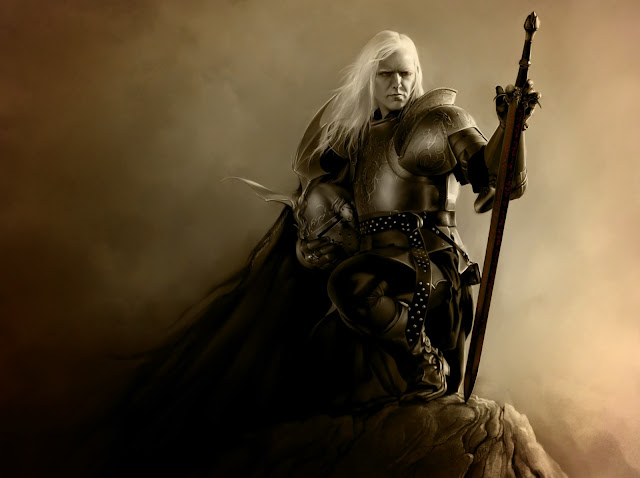 As you can probably guess, because this image is awesome and I'm totally not an artist, I don't own this dude....