Deadlift by Craig Saunders - Cover and Back Cover Copy. 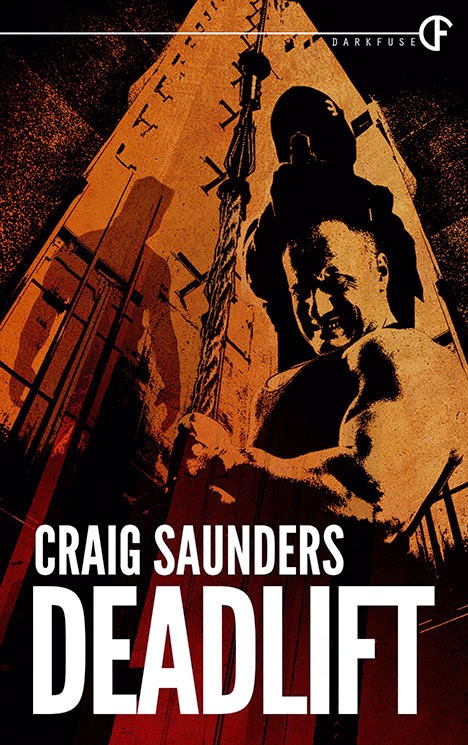 Deadlift is a weightlifting term that refers to the action of lifting a weight from the floor to a standing position, gripping a bar.

David Lowe is currently performing the heaviest unrecorded deadlift, performed outside competition rules, or any rules, by holding the severed cable of a thousand-pound hotel elevator containing his wife and an undetonated bomb, while a killer in a sackcloth mask looks on, and a hit man holds a loaded gun to his head.

David is no superhero, he has no special abilities other than mere human strength and the will to save his wife. He’s been holding the elevator for one minute and thirty-six seconds, bloodying his hands, tearing muscle fibers and cracking bones.

But push him to his limit and he'll dig deep, find more. Because when everything is on the line, it's not about muscle anymore—it’s about heart...and never, ever, giving up on what you love.

Here's the link to the excerpt, should you want a little taster:

This is due soon - I should think I'll post when it's released. ;)

Love you!
No comments:

New Short Story Collection from me...

Evening. Not been up to much other than life stuff of late. Writing a little on the next Rythe book, when I've been able. Did this tonight, though, so I don't feel the week's been a complete waste. My third short story collection. There you go.

I'd post the table of contents and blather about it a bit more, but you either want it or you don't...easy going, me. ;)