This is about a billion years overdue, but the last is up for pre-order, the covers are done, and the paperbacks and the omnibus/boxed set will be along shortly too. (Pictures posted in order).

I wanted to give a quick thanks to David R. Shires @davidshires of 'The Image Designs' for the suggestion, too. He's on here if you want to take a look: www.theimagedesigns.com 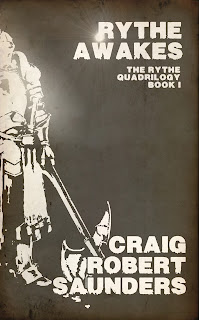 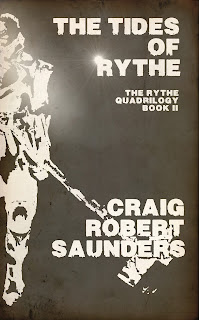 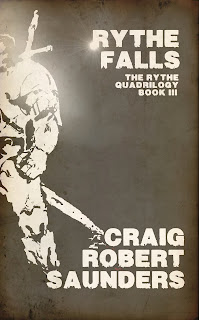 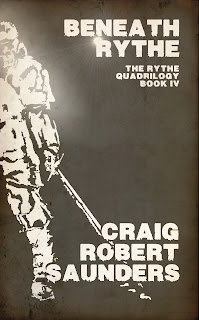 Finished a rough first draft of Field of Heroes today, the first of three novels for Severed Press.

It's missing the last part (just works out like that - can't write it 'til all the pieces are in place), and it'll be about twice as long by the final draft, but it's fine for a first draft and I'm going to rest it and do something else.

It's been far too long, and I've been putting it off, so I'm working on the Rythe Quadrilogy between projects to draw a line under that. It's only edits, so I'll edit/write something new/edit, which is my preference and suits me fine.

Also (putting these things here so I know what I did for the year end round up...), reading, Abnett's Embedded, Remic's Toxicity, Reynold's Revenger, Bear's Queen of Angels, and the Cyberpunk Anthology.

Wrote a first draft of a short 'Taking the Nine to the Last Shop' and began work on 'Instead, she Lived the Gangfight Dreams of Madmen'.

Had a rejection from Black Library, which is honestly for the best.

Waiting on submissions from Baen and Angry Robot, both fire and forget, a couple of agents, and a couple of other publishers for 'Hush'.

Still wondering what to do with 'Ghost Voices'.

Where to Find Me:

I'm shutting down my FB 'Business' page (I never liked it, and hardly use it)

I'm still on FB normal, but I don't accept friend requests from people who don't say 'hello' at least (bit like knocking on someone's door and just walking past into the house, I feel).

I like my blog, https://craigrsaunders.blogspot.co.uk/ so I'll still be there.

The YouTube channel is running, but a tiny thing I don't really do often, and I usually either read from a new book, or just ramble about writing stuff.

I'm on Google+, but that, too, is mostly just me sharing this blog.

Love you, and for those followed me on the FB Business page, thank you very much, and hope to see you and chat to you on Twitter, or FB 'normal', or here. 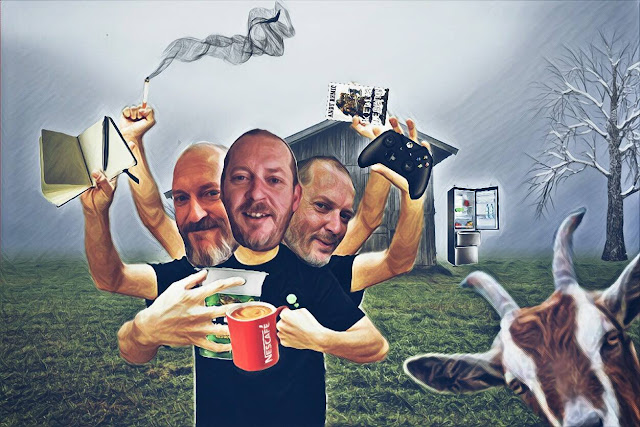 Picture from the wonderful Daryl Duncan, for my Twitter profile.

Diary of a Forgetful Man

So, this week, began 'Patriot Company', this/next month's project. I submitting Hush to an agent, to Angry Robot and to Baen.

I wrote a short for 'Black Library' last year (called 'Into the Black'), I think, and decided against it, not confident enough in the Warhammer world, but I figured the story was good, and even if I don't know all the ins and outs of Space Marines and Deathwatch and the like, they do. So I sent it. Baen and Black Library are submit and forget kind of timescales, so it won't hurt to have a record of it here.

8K into Patriot Company as off tonight.

And decided it's high time I got off my arse and finished 'The Land between Midnight' Trilogy (Hangman, Highwayman, and Coachman) so that's next, then, the second of three contracted for Severed Press (Alternity Engine) and after, finish the 'Rythe' books, the third for Severed after that (title I can't say because it's good), and I'll finish up the Oblivion series all at once.

Unless someone offers me an unconscionable amount of money to do something else.

Also, take the bins out and walk the dog.


Picture of a Space Marine...
Until Games Workshop tell me off. ;) 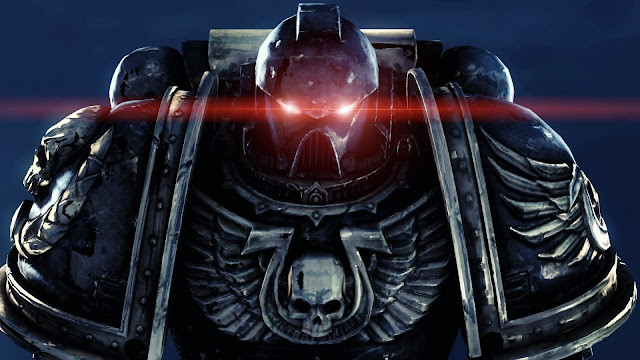 Register of Births, Deaths and Marriages

Dunno why I called it that. Kind of makes sense. I'm just putting this here so I can remember when I began this latest project.

I started writing 'Field of Heroes' for Severed Press today. It looks to me like a longer story, but a trilogy, too, and the third one, at that. They didn't ask for a trilogy, or book one and two, but they all stand alone so if they want one and two, all good, if not, they'll go out as prequels. No biggy, but a story is what a story wants to be, I think.

Same as always, I'll see how it goes, I guess.

Hoping to finish all three by the end of February, and writing them concurrently, because I hate owing anything and I'm done putting out trilogies I haven't finished. Haven't finished putting out three series and it's stressing me out something chronic. 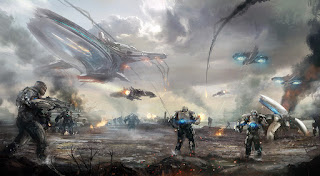 Dmitry Vishnevsky (I think).
No comments:

The last of the novella reissues that were with DarkFuse. Since their demise last year I've been slowly putting these out on my own. Out in paperback and eBook formats now. 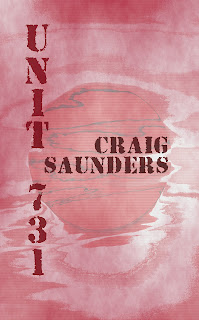 As with all reissued novellas, it's priced at .99p/.99c...which is pretty cheap. Just saying'.

Just follow the link if you're interested, or read a sample in the section at the top of this blog.

Only two more reissues to go, but next job is writing one of the three novels contracted with Severed Press.

Our gangster vs. Vikings mash-up is done. Wrote 'The End' today, and signed off on it for submissions.

It wasn't hard work, but it has taken bloody ages between all our other jobs, and Ryan keeps having babies, too. Well, he's not having babies, per se. But you know what I mean.

I've got a dog, but that's not relevant right now.

I honestly don't know when Red Ice Run was born, but it's finished as of today.

Here's a picture of Ryan, because you've got to have a picture, haven't you? 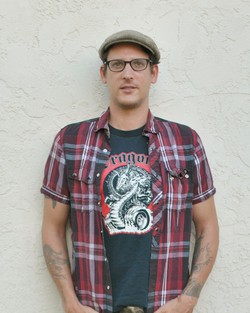