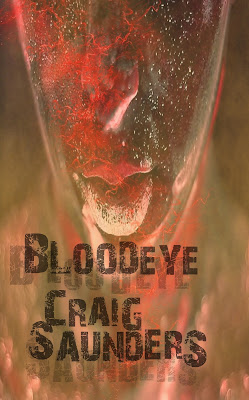 Available in paperback and eBook formats from Amazon.


Keane Reid is tired of living. He's bored with his very existence following the suspicious death of his wife seven years earlier. He's not interested in TV, reading, dating or a social life.

But when he is called on a routine plumbing job at a local pub, he discovers the corpse of a young girl crucified and nailed to a wall, her eyes torn out and a third eye carved into her forehead. Keane has seen this mark before, and soon his life is thrust between the present and past, reality and fantasy, darkness and light.

As Keane loses his grip on sanity, a long-forgotten shadow begins whispering to him once again, ushering him toward the void, where the ghosts of his past reside, waiting to show him what truly lies behind the veil.

Shadow: noun
• 1 a dark area or shape produced by a body coming between rays of light and a surface
• 2 used in reference to proximity, ominous oppressiveness, or sadness and gloom
• 3 an inseparable attendant or companion

Some days it gets so hot you can’t think about anything but sweating. You walk and sweat. You sit and cool. Your head pounds with dehydration from the beer in the sun. And the heat? The heat goes on. It’s a heat wave, they say. Take it slow.
But you can’t take it slow, because you’ve got to run.
You run when the sun goes down because it’s a little cooler. Sweat pours, still, even though the moon is bright above the cityscape. It’s cooler, but it’s hot enough, and it’s going to stay that way. Salt crystals on your thighs rub you sore. You change your gait, but you don’t stop. You can never stop.
You run because you’re a runner. Same as a fighter fights.
Running is just fighting with yourself. A fight you can’t win, you can never win, you can never run out on. It’s always there, inside you, burning you up. So you sweat it, starve it of air and sustenance and even, when you reach the void, of thought.
You kill it with every mile your sneakers pound on pavement, road, dirt, grass. Stamp on it, time and time again.
And when you stop, it will catch you.
So run.
Run.

1.
The smell hit Dan Howard as he opened the door. He coughed, blinked, stepping from the bright burning morning light into the dark interior of The King’s Arms. He pulled off his sunglasses a little too late to notice the flood of sewage. He trod on a sodden piece of toilet tissue wearing nothing on his feet but flip-flops. Wet, stinking shit-water hit his toes. Surprisingly, it was cool. His first thought: Cool shit.
Secondly, just: Shit.