I can't thank Craig enough for hosting me. It's an absolute honor. As for why I'm here… well, I'm an asshole. Craig might not know it yet… but I am. I'm an asshole writer who puts out asshole stories under the guise of not being an asshole writer who doesn't put out asshole stories. And right now I have a book filled with asshole stories coming out toward the end of this month called WHERE ALL LIGHT IS LEFT TO DIE that's just filled with long, short, and even short short little asshole tales (you can totally pre-order it for Kindle right now and then point and laugh at me for being such an asshole!). 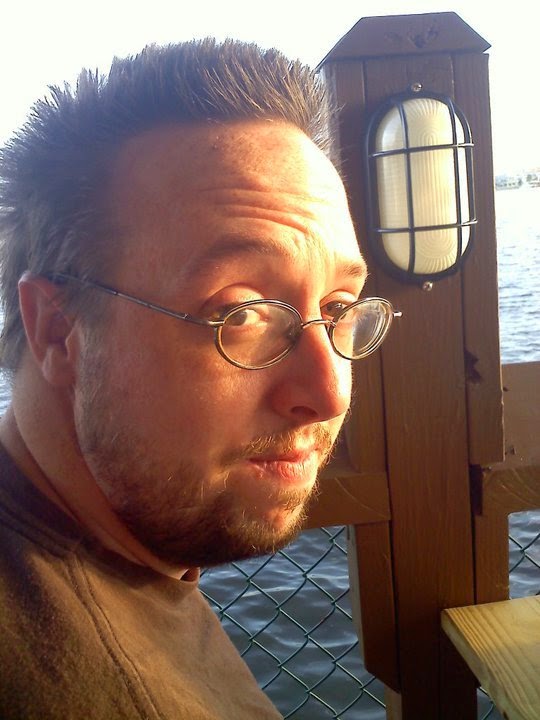 And to show you just how much of an asshole I am, I've decided to share one of my short short asshole stories from my upcoming collection. The following is a flash piece about some truly horrible assholes. If you enjoy it consider joining the asshole fun over on Facebook on the event page for The Robert S. Wilson Thrown-Together-at-the-Last-Minute-Due-to-An-Overwhelming-Amount-of-Procrastination-and-Indecision Blog Tour and Book Giveaway Contest!

I'll be doing more guest posts throughout bloglandia and I'll be giving away eBooks, paperbacks, and doing some contests too. Anyway… without further ado:

THE SUITS by Robert S. Wilson

I first saw the suits on my way to a job interview in the middle of downtown Indianapolis. In broad daylight in an otherwise unassuming, average crowd, two men in suits walked along the sidewalk. Only they weren’t men. Not really. They wore matching gray suits, but their bodies were jet black yet blurry, like thick pencil graphite on a page that someone’s tried to erase. Their shadowy faces had no eyes, just empty sockets and only the faint impression of other features. When they noticed me staring, they faced my direction a moment and I felt them staring through me, penetrating my being with their eyeless gaze.

Just as quickly they turned and walked away.

After that I saw them everywhere. At a boy band concert with my daughter. At a friend’s wedding on the south side. At the Walmart in Plainfield with my wife. That was the big one. The day they communicated.

Sherry pushed the cart alongside the cheap DVD bin and started digging through the selection. I just stood there staring at the suits as they crowded around some woman’s cart, staring down inside at something I couldn’t quite see. No one else noticed them. Droves of shoppers walked beside them without a moment’s hesitation or a second glance. The suits turned to find me watching and that’s when I noticed what they’d been staring at in the cart. A little ugly baby stared back at me, a huge blue pacifier moving up and down in its mouth. The woman with the cart looked through them at me like I was some sort of predator then turned her cart around and headed down the aisle.

The suits spread out, watching me from nearly every open vantage point of the electronics section. Oblivious to the rest of the store, their black murky faces were now focused intently on me and I wanted nothing more than to leave.

"Hold on, I want to see if they have Army of Darkness." She was leaned over the circular bin, her neckline revealing more than I would normally be comfortable with in public.

Shelly continued to dig through DVDs, setting aside gem after gem of 80s and 90s b-movies in a leaning tower of plastic cases.

Several of the suits slithered around the bin surrounding my wife, still facing me. The closest one put up its finger to the faint slit of its mouth and for the first time ever I heard one utter a sound.

Another slid behind Shelly, its shady lips grazing against the back of her neck, arm sliding around her throat, a smoke-like finger drawing a slit from ear to ear as she stood staring at the back of a DVD case unperturbed. The bottom had fallen out from under my feet and all I could do was stand there and watch, sweat building on my brow and hands shaking at my sides. One by one, the suits misted forward lunging just in front of me, turning and oozing around until they were all circling me. Shelly set the DVD she’d been studying back into the bin and looked up at me. "Okay, let’s go. They don’t have shit anyway."

I nodded, swallowing the fear up in the back of my throat and stepped forward a little too close for comfort in between two suits.

After that, every time I saw them I averted my gaze and minded my own business and every time, they left me alone. But they knew me then. Their dark cloudy faces scrunched up with recognition. Even with no eyes in their sockets, I could see it.

They followed Shelly all the time. My daughter Jessica, too. Followed them and made sure that I saw them. An unspoken reminder of what I stood to lose if I opened my mouth and spoke of what I’d seen.

And I saw a lot. I saw them crowd around little children everywhere I went. Watching their every move like dogs slobbering over meat. Hanging over strollers with the patience of the dead. Scattered among the parents, sons, and daughters at the playground.

A small boy, blond curly hair, blue Transformers T-shirt, and tiny denim blue jeans walked hand in hand with two suits right outside the Play Place inside a Westside McDonald’s, his parents arguing over Big Macs and fries. I called out to them, "Hey, your kid is—" The parents turned to follow my pointing finger. I caught a glimpse of the suits just before they disappeared. Their empty sockets burned into me with a terrifying unseen force.

Then they were gone and the parents led their kid back over to the table, already spouting off at each other as the kid kept looking back over his shoulder to find his new friends.

That night I sat in the driveway for almost an hour before I finally built up the courage to go inside. I knew I would find their lifeless bodies lying in there, blood pooled out around them, eyes staring into oblivion. But no one was there. 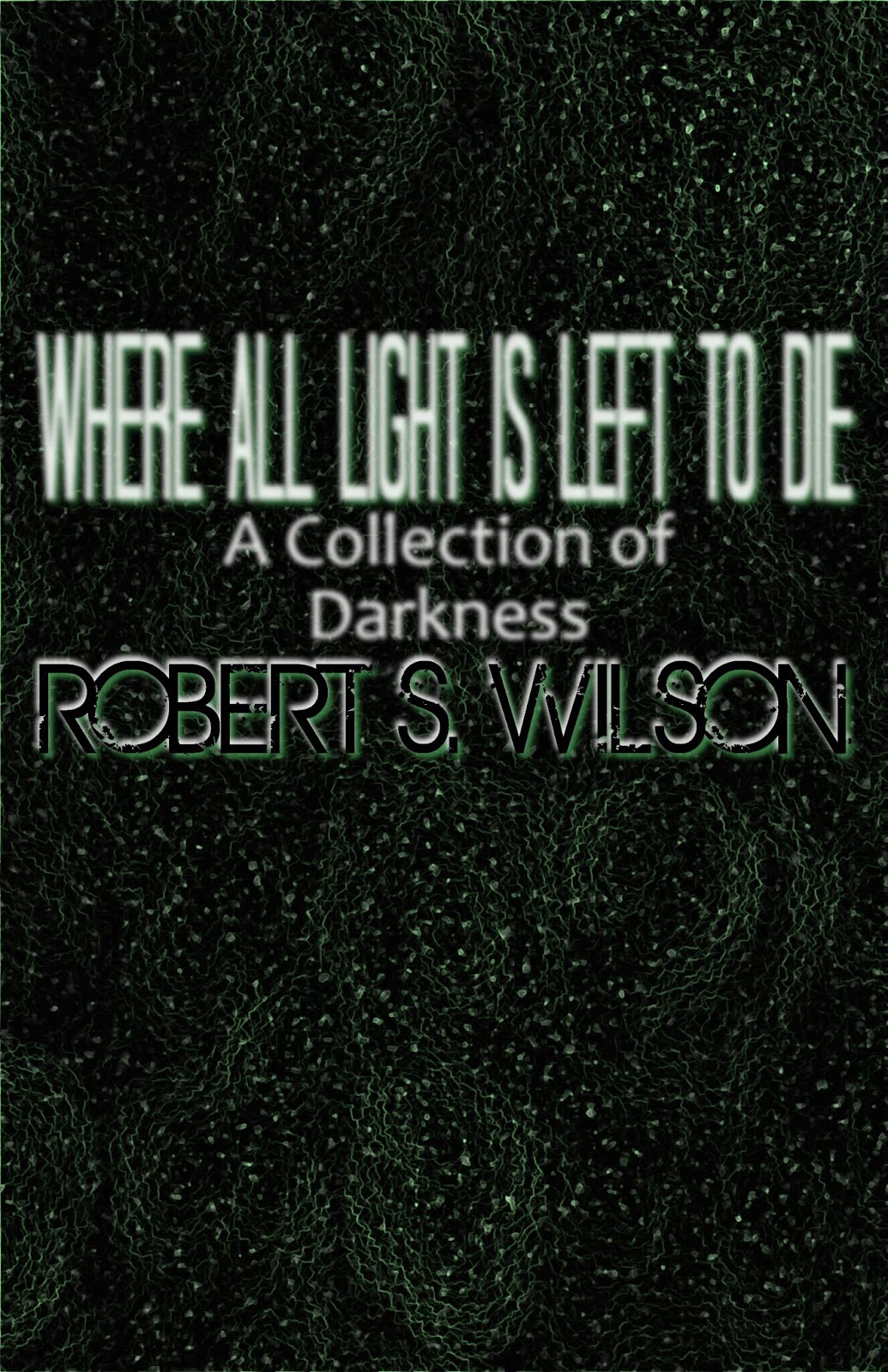 The clock turned twelve that night and neither Shelly nor Jessica had answered their phones. When twenty-four hours passed, I filed a missing person report with trembling fingers, scratching my signature out in blue ink as the policeman tried to console me. "Most of the time, they show up within a few days. It’s probably nothin’."

I knew better. When months came and went then turned into years, I finally gave up the search. I never saw my wife and daughter again.

Nor since that day with the little curly haired boy did I ever see the suits either.

I don’t need to see them to know they’re there… standing just behind us, watching over our shoulders, lips gently brushing against the back of our necks…


THE SUITS: From 'Where All Light is Left to Die' by Robert S. Wilson.

Amazon links for 'Where all Light is Left to Die':

I'm very happy to cede control to Robert; he's got some seriously capable hands. He's a real gentleman, despite his claims to the contrary. If he wasn't one of horror's nice guys, he wouldn't have worked as editors of anthologies featuring so many stars, including the likes of Laird Barron, Tim Waggoner and William F. Nolan. In his work as an editor, Robert has been nominated for a Bram Stoker Award, but he's also a working author, too, with many novels and short stories to his name.

Of Robert's first Ray Garret/Lifeline novella, Joe McKinney, Bram Stoker Award-winning author of Flesh Eaters and Mutated, had the following to say: 'As visionary as William Gibson's Johnny Mnemonic and as seedy as Raymond Chandler's Philip Marlowe stories, Robert S. Wilson's EXIT REALITY is a supreme achievement. Wilson has created a world so plausible, and yet so full of nightmares, that you might never want to get online again. I loved this book. Write faster, Mr. Wilson, because I want more!' 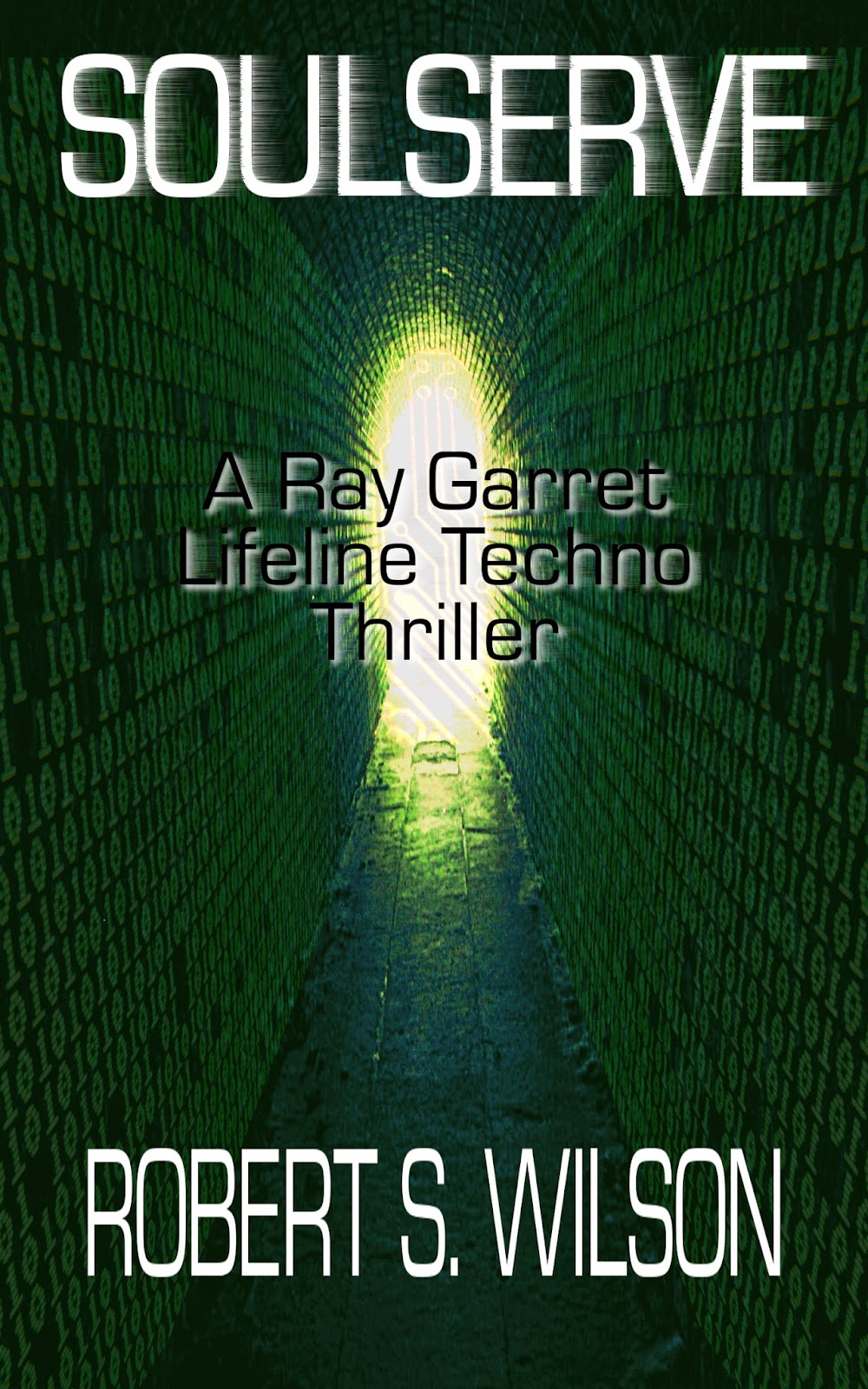 To find out more about Robert and his work, visit the following links:

As always, it's a rare pleasure to give over control of this blog to people in the horror industry - hope you enjoyed Robert's story as much as I did, and finding out more about him and his work.

And, as always, love you!