A Decade as a Writer in Review

A decade is quite a long time, isn't it? A bit different to a yearly progress update. I'll try to keep it short. I never feel like I've done enough, but looked at over a longer period...I don't know. We'll see.

'Til 2010 I'd been writing for about four or five years at this point. Printing out thousands of pages to send to agents, posting them. I don't know how much I spent on that process, but I got nowhere until I finally put myself out there (figuratively - I have Always Lived in the Shed). 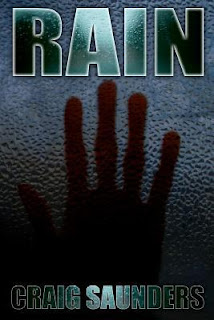 I wrote this in a freezing cold shed, no heater, power run from the back of the house. I lost all my old acceptance and rejection letters to damp in that shed.

In a further attempt to get out and about (I am actually mostly a shut in, so I don't get to very many conventions or signings) I started this blog in 2012, joined FB, and later I joined Twitter (when I was feeling a little braver). The things that have made a difference, for me? A publication history, definitely. Being polite, without doubt. Being 'out and about', i.e. having some form of presence in the world - I think so. Otherwise, nobody knows you, nobody knows your work. You're writing in a vacuum, which is what I was doing before 2011. Only allowing myself to take a chance and face rejection turned it around from 'unpublished' author to 'published'.

Since then I've published 50 novels or so as a 'hybrid' author, which is what I've settled on being, and what I'm comfortable being - it basically means I self-publish some, and traditionally/legacy publish some. I'm happy with that situation. Anything I feel would best go out on my own I don't submit to agents or publishers in the first place. I don't submit anywhere near as often as I used to, either, and that suits me, too. The process is time consuming and the writing has long been the reason I do this, not the money...thankfully.

Financially? It's not a winner. It's pocket money, or as an accountant called it 'hobby money'. I make maybe 1/100th of a living doing this. I'm fine with that, thought obviously I'd be a little more fine if that were a slightly higher fraction!

I've published 100 or so short stories and four short story collection. I got paid varying amounts for around 40 of those, professional rates for some of the horror, and sold my first science fiction story at a professional rate only this year. For those who think short stories are a waste of time - I don't. I love short stories, and novellas, and between novellas and short stories I've probably earned roughly what I have from novels. (Well, excluding one novel, 'Vigil', from which I earned a fair amount and got an Amazon #1 bestseller, but that was honestly a fluke I haven't repeated). 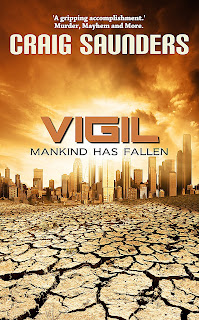 Life, of course, happens in between. At the start of the decade two of my children were only babies, and honestly, babies were hard work. In the middle I lost my father after his long battle with frontal lobe dementia. Toward the end my wife and I home schooled our children for two years. I constantly battle with the ebb and flow of schizophrenic affective disorder. The one constant I keep coming back to, though, and the thing that's always helped me get through, is writing.

I started out the decade writing fantasy and horror. I've drawn a line under fantasy and finished a septology. I've no intention of writing any more fantasy. I started writing some science fiction toward the end of the decade and I've published three so far, with more written and on the way under my sci-fi psuedonym 'Craig Robert Saunders'. I still write horror, and still enjoy it. I don't write comedy anymore. I wrote a few funny books, but that's not me, either. I've settled on horror and science fiction and I'm happy doing that. Hush, one I independently published, actually sold quite well. 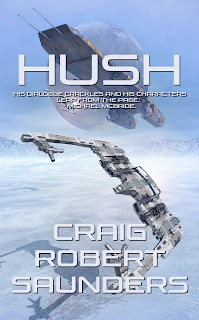 I've been published traditionally by some publishers I really wanted (DarkFuse and Thunderstorm Books) and seen off a few publishers too (DarkFuse...). I've met other writers whose company I've enjoyed at the rare conventions I have been to. I've had some wonderful endorsements from writers whose work I admire, notable Andy Remic (my favourite), Bill Hussey, Allan Leverone, Michael McBride, William Meikle, and many more who were kind enough to give up their time for a novel of mine.

I'm not fancy. I still write in a shed. I've got brick walls now but it's still a bare wooden roof. It's a damn sight warmer, though, and more comfortable. I'm happy in my shed. No sense in having a million-dollar view for someone who stares at a computer screen all day. In 2020, I'm going to StokerCon. Hopefully I'll see some people I met at F-Con for a tipple. That's something to look forward (also, to panic about for a few months...).

Next year, and decade should I make it (that's further than I usually plan ahead) I just hope to keep writing, and keep finishing stories to put out. I'm not a big city author. Firmly small time, but some people do buy my stories, and read them which is kind of the point, isn't it? Looked at over ten years, it's good enough for now.

Thanks for being around. Love you.